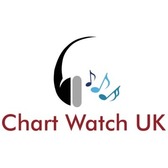 After the storm, the calm as we get a brief respite from superstar activity. Plus some other supersta